The results are in! Bubble Bobble wins by a long shot! Or at least… IT SEEMS LIKE IT SHOULD!!!

Unfortunately, it has been disqualified at the last minute for the inclusion of satan’s own winnets ‘SWEETZ’ and shameless fast food promotion (Wacdonalds). This controversial decision to strip Bubble Bobble of it’s winners medal has not been taken lightly, but we feel that a fair compromise has been made…

In a totally unpresidented turn of events, a new, un-polled winner has been declared!

The entire game of Yoshi’s Story revolves around sniffin’ out and collecting DELICIOUS AND WHOLESOME FRUITZ! You can even select your favourite fruit, and get more points from exclusively collecting them, or you can get indescriminate on their fruity asses and collect any kind of fruit you see. For the fruity aficionado, Yoshi’s Story is the undesputed KING of the Fruit ’em Ups.

Every fruit is pre-rendered in luxurious 256 colours, and a wide selection of fruit is available… with no dilution from DISGUSTING ‘SWEETZ’ or ‘WACDONALDS’ or ‘MAGIC RODS’ – its FRUIT FRUIT and more FRUITZ all the way!

Congratulations, Yoshi’s Story. You might have been widely panned by critics and being short, shallow and too easy, but what do videogame reviewers know? FUCK ALL that’s what.

UNTIL NEXT TIME, MY OLD FRUITIES!

That’s right, FRUITFANS! There’s new Fruity content up on Xbox Live Fruit Marketplace! And here at Fruitaku we’ve got the SCOOP on the new content!

So what can it be, we hear you asking yourself? Is it a new and original Fruit? NO! It’s a MOULDY OLD ORANGE!

Prolific growers of fruit ‘Stainless Farms’ have found a shitty, rancid, furry old orange that no-one wanted to eat anyway and are selling it to you at a BARGAIN TASTIC 400 MS Points… but you don’t just get a spore-laden, half decomposed peice of fruit you’d forgotten existed! Oh no! For indeed, MOULDY OLD ORANGE comes packaged with new EXTREME ‘EVOLVED’ mode…

Be sure to get yourself down to Xbox Live Fruit Marketplace and get MOULDY OLD ORANGE today!

Hello Fruity Chums! New poll up today on Fruitaku – what is the best fruit ’em up of all time?

As you all know, a fruit ’em up is a videogame which involves collecting an inordinate amount of fruit. This genre, as you’ll all agree, is the pinnacle of videogaming. Why? Well allow me to explain…

Since the dawn of time, man’s principal past time has been collecting fruit. It is imperative to his very survival that mankind develops an innate, primordial and un-wavable urge to visually locate, track down and consume fruit. This is why videogames which feature the collecting of fruit satisfy both man’s competitive desire for hunting, but also that of fruit collection.

Other videogames may often forget the basic need to satisfy our primeval urge of fruit hording and collection, but that is to their detriment. Sure, it may satisfy some urges, such as ‘pretending to be in a band you’re not in’ or ‘driving a car you can’t afford on a pretend road’ or in some cases ‘killing another human being’ … but there is no pleasure as visceral, as all encompassing as fruit collection.

It is with this in mind that we ask you to answer this simple opinion poll:

WHAT IS THE BEST FRUIT ‘EM UP EVER?

the options hand-picked by Fruitaku are…

The poll is open for voting and can be found in the top right of this page.

From our Japan correspondent; Brian Wankshaft

Hey sexually repressed Fruit Fans! It’s your man in Japan here, Brian Wankshaft. I’m a videogame journalist, I am! Oh yeah, you fucking bet! I like Videogames, Fruit… and THINGS RELATED TO THE SEX!!!!!!!!!!

Today, the hot news straight out of Akihabara is that the bananas in Super Monkey Ball look a bit like PENISES!!!! 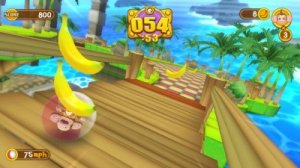 Oh yeah! You betcha god-damn-ASS! Look at that, its so rude! SO RUDE! I don’t know what’s harder to believe: the fact that I’m actually married with a child or the fact that the bananas in Super Monkey Ball are vaguely PHALLUS SHAPED!

Oh yeah, it’s all KICKING OFF here in JAPAN! There’s Melons in Yoshi’s Story that look like JUBBLIES! I SHIT YOU NOT! And, right, get this… there’s games about TOUCHING UNRIPENED CHERRIES TO SEE IF THEY ARE A WITCH!

Fuck me, readers! I’m living in a SEEDY SEX PIT OF FRUITY FUN!

More hilarious and salient observations on slightly rude things that make your legitimate hobby look like an embarrassing teenage wankfest next time!

Some fruit related games that they should make

Posted by barry_island on April 8, 2008
Posted in: Uncategorized. Leave a comment

Posted by barry_island on April 8, 2008
Posted in: Uncategorized. 1 Comment

WHAT IS THE BEST VIDEOGAME FRUIT?

The most recent reader poll at Fruitaku, ‘what is the best videogame fruit’, has now ended… and the results are FASCINATING.

PLUMS and CHERRIES came a close join second, but to the winners the spoils… A LARGE VIDEOGAME WATERMELON

Posted by barry_island on April 7, 2008
Posted in: Uncategorized. Leave a comment

Today, online comic ‘Penny Arcade’ rocked the wholesale fruit distribution world with an announcement of a new way to buy fruit, specifically their own fruit.

The popular webcomic ‘Penny Arcade’ was created in 1998 to document the completely platonic relationship between two lonely fruit addicts Gabe and Tycho – and has gained a loyal following of nerds with its ‘brokeback mountain’ style camaraderie and esoteric fruit-related jokes.

Disillusioned by the pricing policies of the wholesale fruit trade, they have announced a self promoted initiative to sell fruit to hapless nerds who rely on their comics to provide them a sense of validity to their pathetic solitary, humourless existence. This announcement comes shortly after they announce that they have finished making their very own fruit. Which they didn’t actually make, someone else did.

In a press release on their website, Gabe announced:

We have made a special fruit that only people who read our comic will like, so we’re selling it ourselves on our new online greengrocers – Greenhouse.

Tycho followed this with:

Hopefully we’ll get loads of money by selling it ourselves, and by slagging off existing greengrocers, moar people who rely on our comic stylings for their daily reassurance that they’re not losers will buy our game. Its win win. We get more cash from our fans, and our fans feel like they’re ‘sticking it to the man’

Penny Arcade hope to take even more money from fans by selling other independent fruit growers’ wares from their online shop eventually. Financial advisers to FruitStop; the main fruit outlet in the US said that they were ‘shitting it’:

When two grotesque people who draw comics of themselves talking about fruit in which they appear attractive decide to open up their own shop selling fruit, you know its time to worry for the fruit industry.